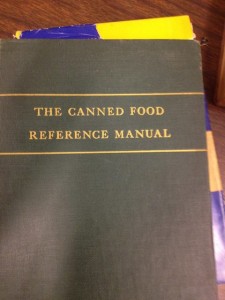 I just realized that the “day” markings in the titles could be misleading. Although I have done 4 days of auditions that is over the course of 10 business days. So methinks it’s time to rethinks that method of labeling my posts. I’ll just start my posts with this:

Yes – I think that will work.

I started late today – on purpose – mostly because, and I say this with no embarrassment, I was up late playing a video game. It’s so damned good and I’m so damned impatient that I can’t stop until I finish a level.

And it turns out it didn’t hurt me because I rolled up in there late and got seen in 30 minutes.  This was a completely random audition (but I suppose they all are?). I haven’t done many this week because it’s been a crazy week and most of the good stuff happened yesterday. So I used this one to try out a completely new song that I have never even sung before live let alone in an audition.

And for those wondering if I go to play auditions – yes – I will – when I have monologues memorized. Anyway, the majority of the auditions in this period are for musicals. And I sing. So you have to sit through those. For now.

It doesn’t happen often that you have an accompanist that doesn’t know what he is doing. But this one – did not. I heard it four people before me. His fingers were clearly not going to cooperate with what was on the page. I knew I was in for a treat. New material + bad player = no es bueno.

After two false starts and an admission that he didn’t do well reading scores (The old school hand-copied style. Oh, and did I mention he’s the musical director?) we finally synced it up and I launched into it. I would have been better off bringing a karaoke track.

Look, it wasn’t the most stellar audition of my life, but it was good to test out whether this new material works on me and it does so that is one check mark.

The best part of this whole thing for me was truly the people watching. It was a BONANZA of oddities including:

1) TILM being there -again. And, really, everyone knows who he is.

2) The old equity actors who still hang about the lounge and talk about the old days.

3) One of the #2s having VERY LOUD phone conversations over and over despite being shushed.

5) Someone who literally set up house with his iPad hooked up to watch a movie, a laptop, and a snack bag.

6) An actor who exited the room laughing out loud and proclaiming before the door behind him even closed: Booked it!

7) And a collection of free books that included the one above.

But…the one thing I didn’t see is a single actor of color. Not one. If I have to go out there and drag you all in, I will.

We gotta make a difference however small.

So to that end I’m adding another component to this project. But I can’t talk about it now. Yes, I cyber-teased you. But if it works out it will be a very good thing.