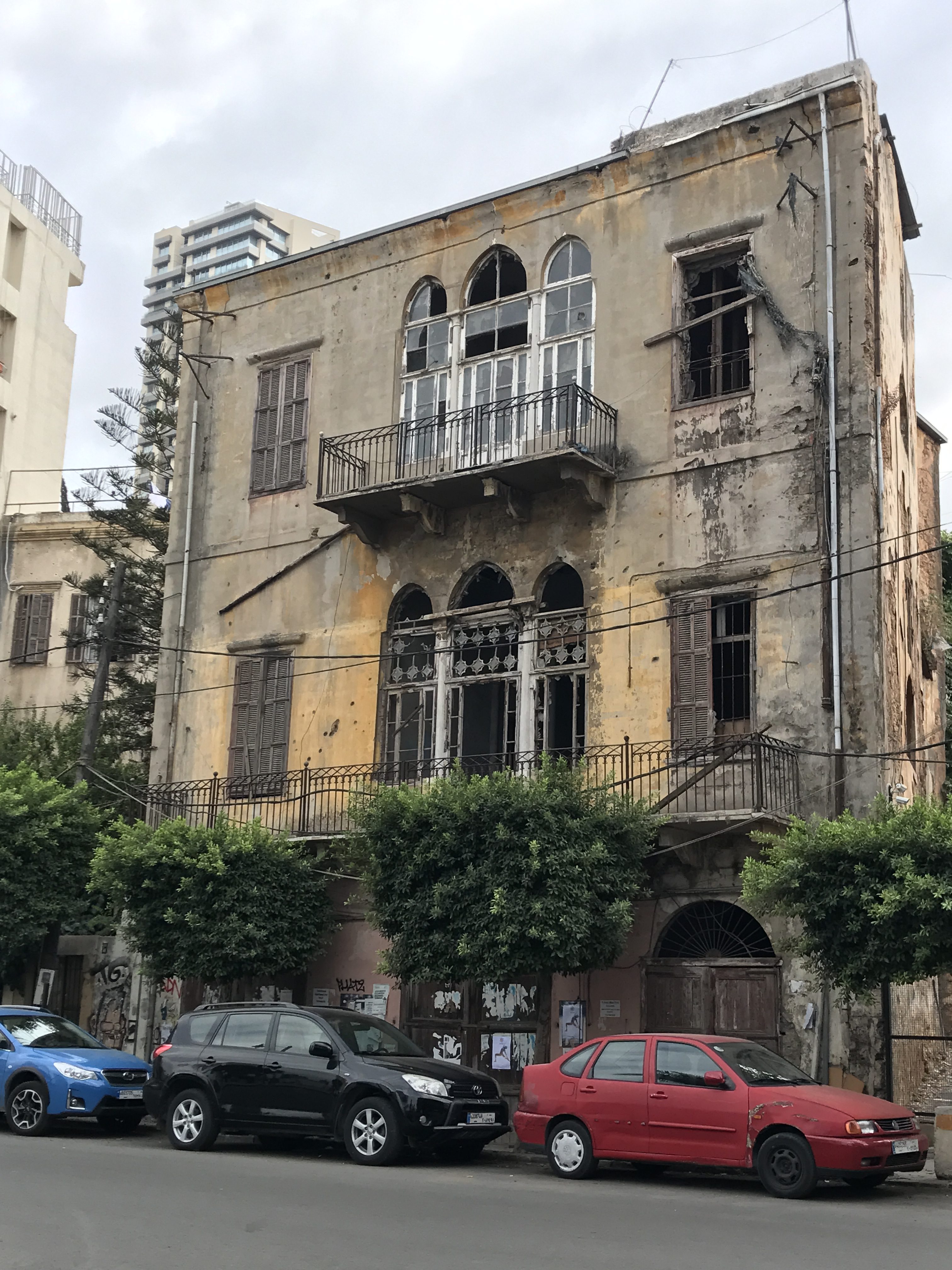 I can sum up what I’m about to talk about in this post through my experience of getting dinner tonight: I opted to walk to a place nearby because I don’t believe delivery folks are going to find an address with no street number or post code and simple a street name and a building name.

So on my 5 minute walk (down the street I ran from last night) I walked by the following:

That, my friends, encompasses my experience of the city so far. Or as a local I was introduced to a couple of weeks ago said: This is a schizophrenic city. And he’s right.

Today’s sojourn was all about SIM cards and groceries.

I walked about 30 minutes to get to the first SIM card place (a chain called Class) only to find out I needed my passport to get a SIM card. And something happened which helped put a lot already into perspective.

When I left the Middle East during the war, I focused my efforts on erasing my cultural identity to fit in with everyone in Florida. And it worked. I may not have looked like everyone else, but I behaved like them and no one treated me differently. I moved to New York and was smacked with a realisation or, rather, a reminder that I am not. That I am, as they called me, a Brown person in the theatre. And that opened a whole nest of buried wasps and set me on the path or reconnecting with my cultural heritage. The thing that suffered the most were my language skills. Years of only speaking English, outside of the occasional short conversations with family, had dulled down my tongue. In the 24 hours since I have been here I’ve tried to pass, even trying to adopt my old American accent. But this face don’t change. And people here know where this kind of face comes from.

So I’ll talk in English and they’ll respond in Arabic; refusing to go along with me. And the thing is, I can understand a good 85% of what is being said to be but I struggle to find the words to respond fast enough. I used to think in multiple languages and now I have been dumbed down. Clearly I know the words as I understand them when they are spoken to me, but my brain isn’t used to it anymore. And that’s depressing. That I can’t fully use any of my three languages (all of which are spoken here). That I’m going to be the embarrassing Lebo-Son come home to people looking at him askance.

Although, when I went back to Class (this time in the mall – more on that in a minute), I did enjoy the faces of the two guys helping me when they started talking about a female customer and I laughed and they looked at me like: TRAITOR! WE KNEW YOU SPOKE ARABIC!

I know this is something I can fix. And it’s something I should have fixed before I came here. But then I wouldn’t have had this realisation that I haven’t reclaimed as much as I thought I have.

So my second trip to Class was in the ABC mall – a garish 4-story mirror of any American Mall. I mean, it was shocking. It didn’t feel like Beirut. There was even a god damned Claire’s and P.F. Chang’s in the place!

But I was also hungry and thought: When in Rome. And found myself in a lovely restaurant called Leila Min Lebnen.

And I was indeed in Heaven. I’m sure there’s better tasting, cheaper Lebanese food to be had, but this was a real taste of home like I haven’t had in YEARS. To drink Jellab again. To eat a proper purslane salad. And to have kufta bil leben was spirit fulfilling. These are tastes I haven’t had since I was in Kuwait. It’s not that you can’t replicate them in the States (sort of), but the ingredients themselves are not the same. They are not treated to chemicals or genetically modified. They retained their natural flavours.

I went into a Spinneys after to do some grocery shopping and was astounded that the produce was ugly – or rather, that it was natural. It wasn’t all uniform. It had earth still on it. It felt and smelled real. And, again, I saw products I used to eat as a kid that I haven’t treated my tongue to in a very very long time. 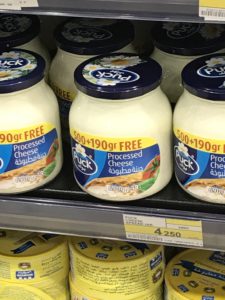 In a way, this city feels like coming home in much the same way going to London was (then it was seeing Cocoa Crispies in an Iceland – and I softly wept in the aisles – I did). But there is a dissonance that is difficult to deny.

This is a city that makes it very clear to any non-ignorant person with a working set of eyes that it has been through hell – and it has survived off the back of its own rules which often don’t make sense. Beirut was bombed the hell out of. The generation before me felt those effects and suffered from them. But the city and Beirutis are resilient. It is not a joke when people say that bombs will go off and people here are going to the disco. Life goes on because you don’t know when it’s going to end.

But this is a city my memories have a hard time coming to terms with. There is this entropy, this paradoxical dichotomy, between new and old, between nostalgia and modernisation, between nature and concrete.

You cannot walk far without seeing some kind of greenery. It’s also no joke when we say Middle Easterners are all about the land. And that nature grows everywhere no matter what. From the rubble to a hanging garden of plants. It finds a way and it grows and the people here nurture it. I saw at LEAST 7 people in the span of one mile watering greenery that wasn’t theirs.

But this is also a city that is hellbent on modernisation. It’s trapped between it’s colonial past, it’s European trappings, it’s American influences, it’s Arab heritage and it’s obsession with existentialism (wait for those photos later). The last one doesn’t surprise me. In one corner is a dilapidated building that looks like Old Beirut and next to it is a construction site for luxury apartments that are Green. Unkempt and disorganised wires embroider themselves through through the streets and snake around walls and buildings and despite the obvious safety hazards and the daily rolling blackouts for three hours, the city keeps going. Old shops and markets bearing their 1960s/70s signage (and how thrilled am I to see so many Armenian names) fight in the same spaces as Starbucks and Poké Cafés. Young men cajole one another in Arabic at one table while two women have an argument in French at the next table – all Lebanese people. The sea is on one side, the mountains on the other, and construction cranes vie for attention. Shops accept Lebanese pounds or dollars, and God help you if you look confused and can’t do the math before you get taken advantage of. Broken down cars are parked next to BMWs and, my god, are there many BMWs (that is also not a joke about Beirutis – it’s accuracy). The men are chiseled and well-kempt and the women are stunning and plumped with silicone – I’m sure some men are too. But the men are also in hand me downs and the women are in hijabs and abayas. Women wear daisy dukes and no one bats an eye. Men throw stares but know better than to harass a woman that will likely beat their asses. There is a haggardness and a resilience that should be odd bedfellows but work in harmony with one another.

And it all makes your head spin. And it makes you have even more respect for this city and its people. And fear. Because they can survive anything it would seem. And this city really shouldn’t make sense, but it does. And as I type those words I am reminded of the same exact thing I said in my show bi about myself. I have, unknowingly and unwittingly, through some epigenetic curse or blessing, become a representation of this city.