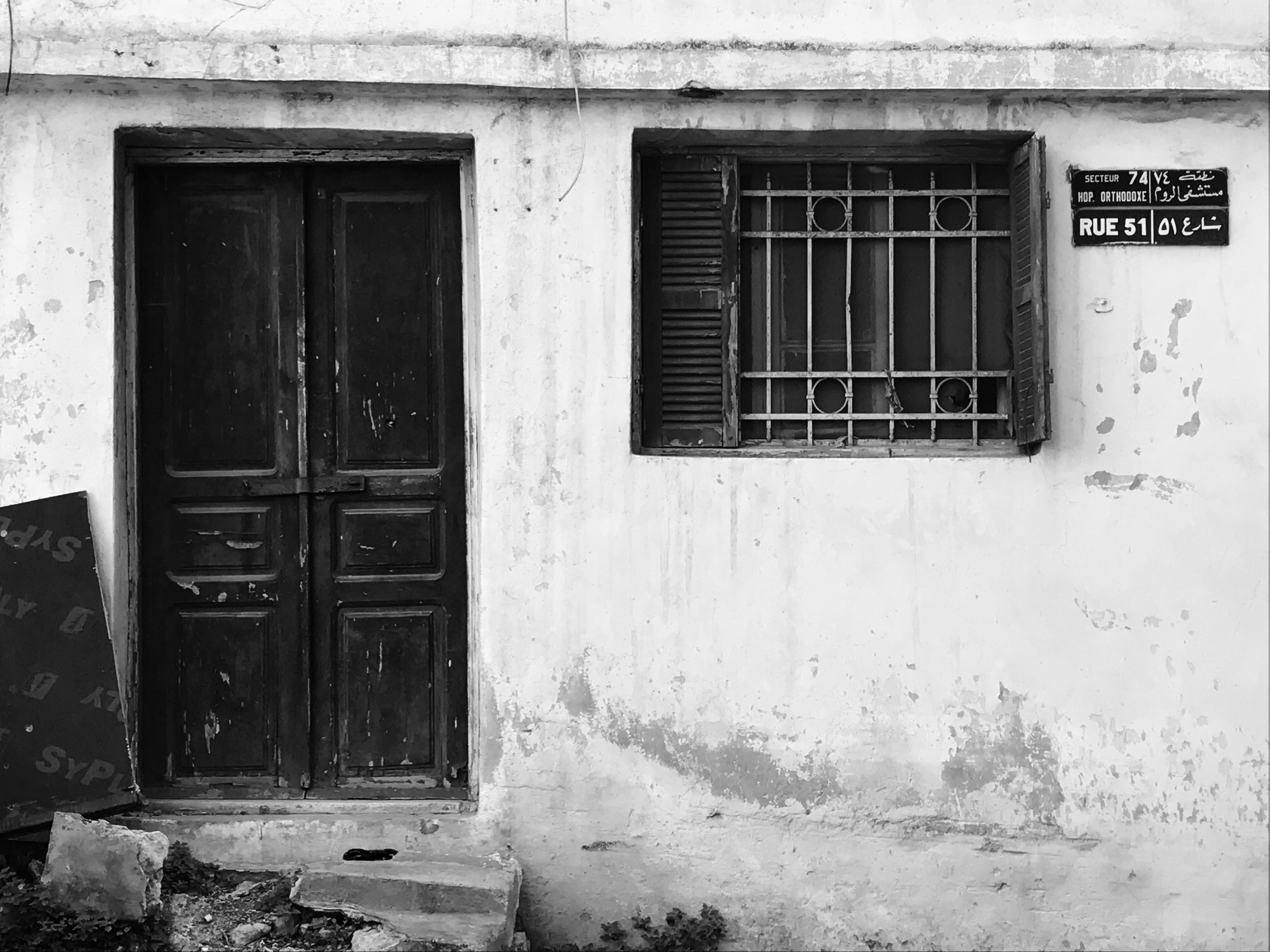 I’m feeling oddly jet lagged even though there is only a 2-hour time difference between Beirut and London. I couldn’t sleep until about 4AM and woke up about 11:15AM and then whiled the day away not doing much until I had to leave for my first meeting with Zoukak Theatre.

I’m feeling less overwhelmed by the city, but by a very small fraction. Being here is revealing a massive cultural guilt I’ve been carrying about not fully retaining my mother tongues. I grew up speaking English and Armenian simultaneously, then learned Arabic and French. And to know that I could once fluently converse in those languages and now have a hard time completing one minute worth of talking without switching to English is a problem. And it’s even more aggravating because, as I said in the last post I can understand so much of what is being said to me but there is a god damn block that isn’t allowing me to get the words out coherently if at all.

Although, I’ll tell ya what, they sure as hell come out fast and furious when a soldier points a gun at me and asks me where I’m going.

It’s not a military state here but there is this weird political rule that roads and streets are blocked off to pedestrians and cars wherever a government official lives. I don’t know the radius, but I had to take three different detours during my hour walk from Hamra to Achrafiyeh. Child, I tell you I never spoke Arabic fast enough then when I was stopped and asked where I thought I was going. When I said: ‘Home.’ the soldier replied: ‘Not this way you’re not.’

It’s not that politics is corrupt in this city. I had a really good conversation with Maya Zbib, one of the founders and artists in Zoukak, about the city. And it’s socially and politically also a conundrum. You have large amounts of unemployment and a population that is forever in debt and struggling to catch up. The salaries are not commensurate with the expenses, and the latter keeps rising while the former is stagnant. Rent can cost up to $1500 which is ridiculous, especially so when your salary can’t even cover it. So people move to the outlying areas.

But this is economic gentrification for the Lebos who have money and want to live in these new, fancy high rises and luxury apartment buildings. But no one actually lives in them. I walked by building after building in downtown Beirut and the apartments are 90% dark and empty. This ‘modernisation and upward mobilisation’ is all a facade. Even with all the Western companies dotted throughout the city there is this mentality of needing to show off, or rather, to hide the poverty and deconstruction underneath. It’s as if the city is saying: What? We good. Look what we got – no don’t look there!

Granted, Beirutis living beyond their means is nothing new. The stereotype of people owning BMWs they can’t afford is all true. And I think this stems from the European/French influence which creates this Eur-Arab snobbery that places status and appearance ahead of everything else. I mean aside from the fact that people here are fucking gorgeous, they must make sure everything complements that.

I haven’t been out to some of the outlying areas including Bourj Hammoud (The Armenian Ghetto) where my family is from. But those areas are apparently where conditions are the worst.

Sitting with Maya really reminded me of all the reasons why I love theatre and why I want a place in it. At the start of my career it really was just about getting up onstage and playing different parts and having a good time. But the longer I stay in it the more politicised I become. I was part of a discussion thread on FB about Henry Naylor and his work, which is just blatant appropriation in service of White Saviour narratives stemming from massive White Privilege, (don’t get me started) and I realised no one is having honest conversations about the work, the gaps, the problematics.

Zoukak is sort of like the red-headed stepchild in Beirut because they are a devised company that don’t follow traditional forms structure or stories. Check out the video below for a mere taste of their work.

A fellow Brownie (HI MAHA!) put me on their path a few years ago and I’ll be honest in saying that the work they do isn’t the kind I do nor the kind I could ever imagine myself making. But it’s interesting, and new, and challenging, and provocative, and they’re talking about things and tackling issues in the way I haven’t seen anyone else do. And they have an audience here. It’s not the largest theatre-going community, but people GO. And what they do engenders discussions and arguments. They’re not afraid of the big issues.

Their latest work, which is about the transfiguration people go to when they are pushed to the fringes, sounds incredible and not what I expected at all. But that’s a result of my own Westernised biases and nothing else. They’re dealing with these fringe modalities of being through this cabaret-meta piece that included drag kings, queens, and more. It sounds mental and I can’t wait to sit in on their rehearsals.

After 11 years they’re finally opening up their own space where they’ll be able to rehearse, perform, entertain and conduct their drama therapy workshops (more on that in another post), but this will be the last ad hoc way of making theatre they’ll have to go through. They’re rehearsing in the Aresco Palace Theatre which was bought by an ex-pat since returned to Beirut. It was an old 1970s cinema she restored and turned into a theatre and it’s GORGEOUS and kitted up and spacious.

I feel really fortunate that Zoukak allowed me into their rehearsal process leading up to their premiere in Bordeaux. Today was about basic logistics and the rest of this week they’re working on the script before rehearsing next week. I’ll get to see a final run before I go back to London. Regardless of my own (limited?) methods of making theatre I feel like this will be good for me. I’m trying to find new ways to engage with work and create it because I want to see what else is out there. I’ve been stuck in formal naturalism for most of my career – with dabbles here and there in other areas – so this kind of work is opening up the synapses.

But one thing is for sure, I’ll be coming back an even more politicised animal than I was before. And I’m ok with that…