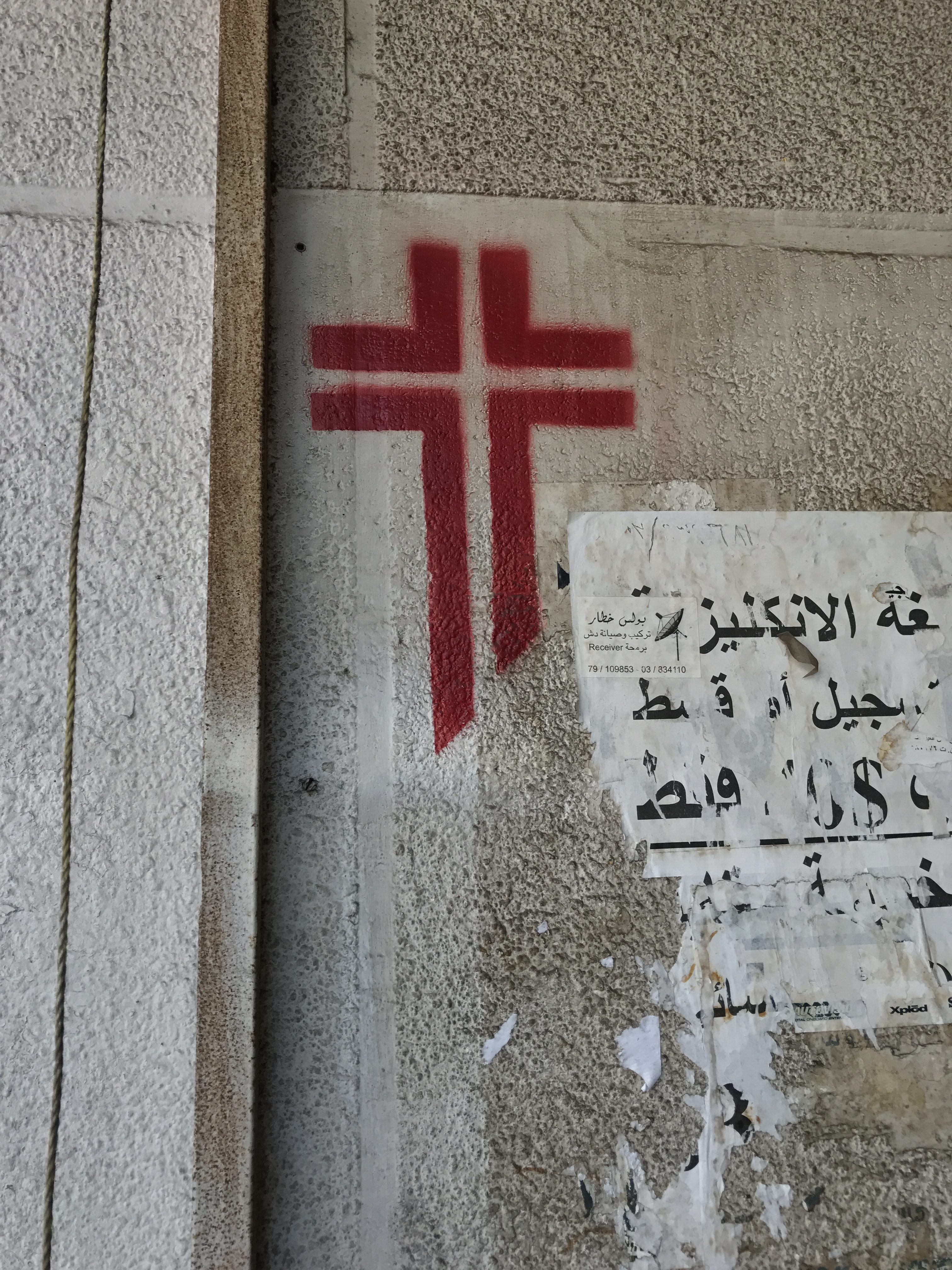 More on that later.

You will notice there was no update for Day 4. And there shan’t be. The city took it’s toll on me and I couldn’t bring myself to leave the apartment. All the bad shit being here was bringing up and the things it was making me think about it terms of my own refugee-exile history was just too much and I needed to do nothing.

So I watched episodes of ‘So You Think You Can Dance’ and ‘Project Runway’.

Until I went to Zoukak’s script workthrough rehearsal. So as I mentioned, I am here as part of residency to shadow them and learn how they create theatre. So it was script work in a living room with some brilliant people for about 4 hours. By the 3rd hour my brain was in pain because the script/rehearsal was in Arabic and trying to translate fast enough in my head proved to be too much. Everyone there was incredibly welcoming and accommodating and offered to clarify when there was something I didn’t understand, but I didn’t want to be the spanner in their process.

These folks have been creating theatre however they have needed to for the last 11 years, and I am so thrilled they finally get a space they can call their own. They work, argue, and laugh like a family of artists. It makes me miss my NYC tribe even more. And makes me wish I had been a part of theatre company like this that was so collaborative.

Although Lamia, one of the members, assured me they weren’t usually this nice; they had just been doing so much side work that their senses were dulled.

They remind me so much of my own family with their personalities and hierarchical structures. They are playful but take their work seriously, so when they are trying to aurally work on a passage of shit-fucks so that the repetitions and orders sound right you know it’s for a reason. They haggle about the tenses to be used in the sentences and the best way to truncate for clarity’s sake. I was really impressed with the level of textual detail they put in the work.

Even an on-the-spot lyric writing for a song moment, which took about 35 minutes, was magnificent to watch as everyone throws out ideas and makes stuff up and no one gets upset when their idea is passed on.

I took a break from their rehearsal today, mostly because I needed to get some work done myself, but I can’t wait to see more of the action tomorrow.

Before I sequestered myself to writing (which I am on a break from now) I decided to say the hell with it and go to Bourj Hammoud to walk through the streets where my family was born and raised. Now, I don’t remember much of it from the one time I came as a kid, but nothing looked familiar. Seeing the flags and the signage and the language, which a year ago I started to learn how to read and write (I’ve been illiterate in my mother tongue all my life), was heart-warming. I didn’t hear people speaking as much Armenian as I would have wanted to, but there was a strange comfort to being there. Mixed with a sadness.

My mother and aunt told me Bourj Hammoud was always seen as the Armenian Ghetto. It was where the diasporic Armenians with no money ended up. And it does look like a ghetto still. It has all the trappings of one, and from what I understand from a local Beiruti, poverty and lack of work is rampant here. It was rampant when my mother and aunt were growing up as well. And you can tell the city doesn’t take much care of this part of town.

But I wasn’t ashamed of what I saw. And I didn’t think they were less than or that I was better. It’s not like I came from money or that I do now, so what kind of pedestal could I even jump onto.

It was enough for me to go to the best basterma sandwich shop in town and gorge myself on this deliciousness that only tastes authentic here. I’ve had it in the States but it has never been the same. Basterma is essentially Armenian cured beef. It’s our prosciutto (sort of). It’s garlicky and spicy and tender.

And it seeps through your pores for a day or so after you’ve eaten it. I’d somehow forgotten that (even though it is a long-running joke in many an Armenian household). And I can smell it now. Coming through my pores. Showers don’t help. You just ride the wave of it.

According to my health app, I walked for 9.8 miles today. I essentially walked East of where I am staying continued on, looped around, passed where I live and found the correct stairs my mother mentioned (see last post) which are indeed the longest set of stairs in the entire Middle East. People hold open air concerts on it. It’s superb. The pictures don’t do it justice. I still didn’t find the furniture store where she worked when she was 14, but there were so many abandoned shops that I am sure one of them was the one.

I headed to the national museum which is focused on antiquities. Which is fine my me. I do love a grandiose Renaissance or Reformation painting or two, but give me antiquities to make feel insignificant any day of the week and I’m happy.

Learning about the history of the city was mental. The occupations by the Romans, the Greeks, the Ottomans, the Arabs. I mean, Christ, no wonder this city can have identity issues sometimes. I was REALLY surprised to learn that the Arab ‘invasion’ of the city only took two years and happened because an earthquake and subsequent tsunami wiped out the city. They were ripe for picking and the Greek empire was dying out, so in came the Arabs. As early as 2007 they’ve been finding pre-historic artefacts and literally down the street from where I live.

And without fail, any museum trip I takes fills me with incredible melancholy when I look at how many cultures/tribes/people were wiped out or forced to enculturate to their invaders. To try and fathom how much is lost and how much we will never know, but then to also try and imagine these countries without their previous influences. We don’t realise how much damage we have done to our own histories and civilisations. And we have the ego to think that we are at the top of the anthropological food chain. But when you see gold jewelry finely crafted 600 years before Christ was born and consider that it was done without ANY technology you start to realise that we are absolute lazy bastards and fools. You can neither stop history and progress, in all its positive or negative iterations, nor can you claim to have the answers to ‘fixing’ what is a natural behaviour for our species: The need to dominate and destroy. Don’t attach morality to it; look at us like any other species on a nature documentary. Just because we have rationality (sometimes) doesn’t mean we’re better. We’re still animals. 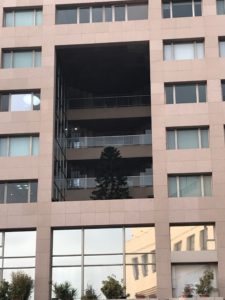 And somehow that thought gives me some measure of comfort in dealing with the damage that was done to this city during the Civil War that you see everywhere around you.

I’m also growing more and more fascinated by full-on trees growing in random places and at random heights in this city. FASCINATED.