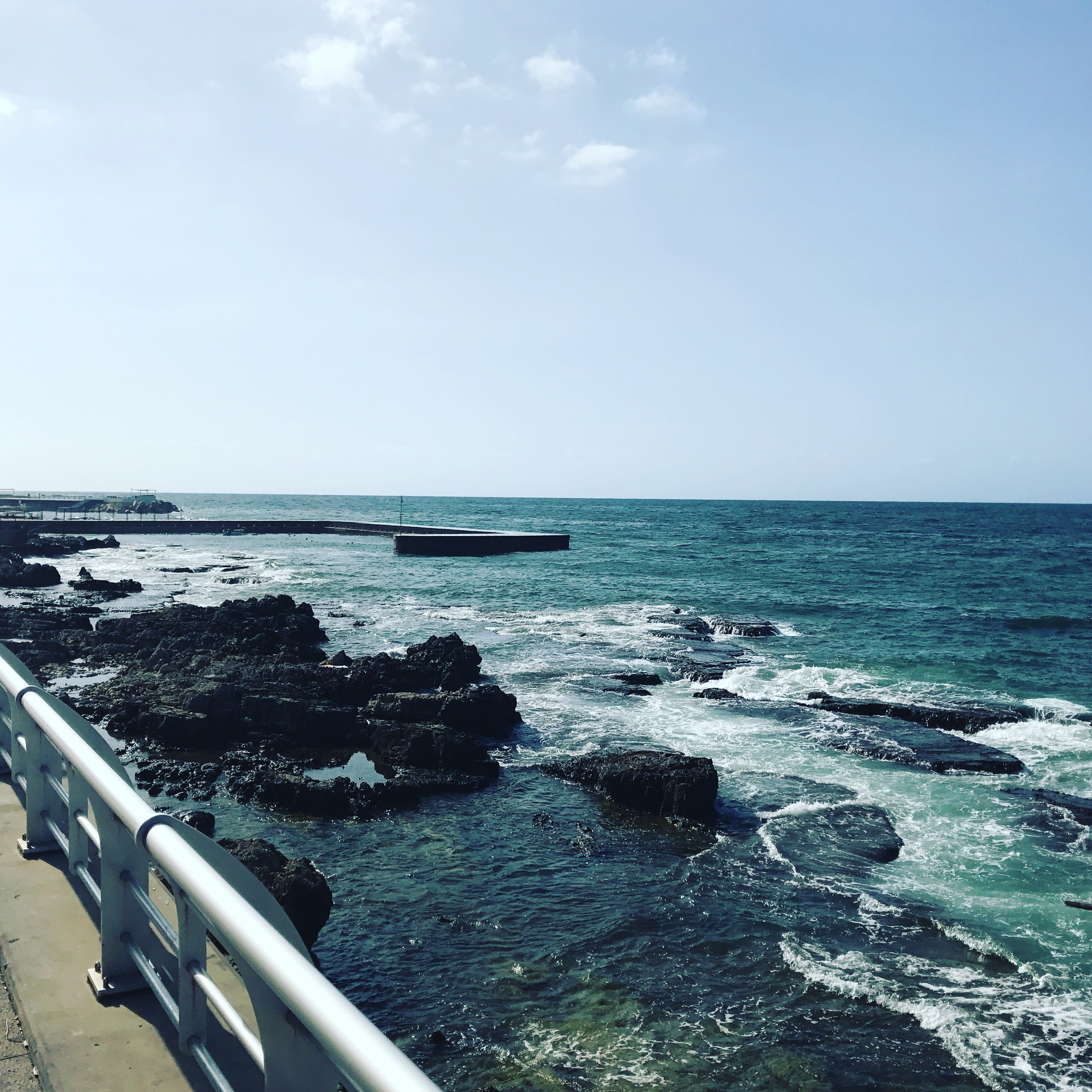 Three things in nature have a tendency to reset my brain:

So off I went to the Corniche today. I didn’t get to walk the whole thing but I started out at the Saint George Hotel which, according to my mother, was the classiest hotel in Beirut’s heyday. Sadly, it’s struggling to survive against developers who want to tear it down to add another fancy hotel or high rise that no one will visit or live in. It’s a iconic part of Beirut history, but it looks like it’s been out of operation for a while. As my mother tearfully said today: The Paris of the Middle East is no more.

This must be what Cairenes feel like when they remember the golden days of Cairo.

And it IS sad. Gentrification and modernisation sucks ass. There’s no better way to put it. It’s uncultured. It lacks sophistication. It has no beauty or art to it. It’s cold and economic. It has no charm and leaves no impression.

But I walked along and really was taken in by the sound of the waves beating against the rocks. I was so tempted to climb down and walk where the tides where rushing in, but with only flip flops on my feet I wasn’t going to risk death.

But it was incredible watching the men (young and old) fishing, catching whatever they could. For some, this is how they make a living. For others it’s basic survival. They sit/stand in the sun for hours with these long, lithe and agile poles tearing off small pieces of watered down and clumped bread, wrapping it around three different parts of the hook and line before casting it out into the ocean to catch whatever will take a bite.

In other places, young men jump off the rocks fearlessly into the waves that rush in and quickly escape from tiny coves and inlets. I would have taken a photo or a video, but, frankly, I would have looked like a massive pederast filming these teens. But I so wanted to climb down and ask them their stories. To find out who they are and what their lives are like. Because I want to better understand the people as signs and signifiers separate from the architecture and the land. I want to better understand the blood and people I come from in totality and not in pieces.

I grabbed a quick bite – I am trying to ram as much purslane salad in me because God knows when I’ll ever have it again – and then off to 1 Hertz Studios to catch another Zoukak rehearsal. I took the day off yesterday to get some writing done (apparently I missed a lot of cool stuff), but I got to hear them work on some of the text today integrated with the music and sound elements. It’s actually a really interesting way to rehearse that aspect of a show: In a studio with the sound designer. You also hear the text very differently because in that moment it’s like a radio play.

I love that they’re borrowing the lingo and mannerisms from American drag culture because you would NEVER think that, that would be something you’d hear in a piece in the Middle East. And, look, the kind of theatre they create is foreign to me and I often stay away from it as a spectator and a creator, but they’re creating cool shit and it’s intriguing and in your face and subversively political and it’s not naff. They challenge so many norms and expectations in their work and in their bodies as theatre makers and a company. They’ve got this Fringe/off-Broadway grime to them that is honest and truthful. They’re not interesting in formalism or structuralism as a means to an end. Content will dictate the form and not the other way around.

They’re also incredibly lovely and humble and nice. I’m not used to being treated so well in a room and being treated kindly. I know much of it is Middle Eastern hospitality, but they’ve welcomed me into their little enclave and I’m having the best time dissecting what is they do, how they do it, and why they do it.

Tomorrow…I got from the water into the mountains. And I – am – dead- excited.