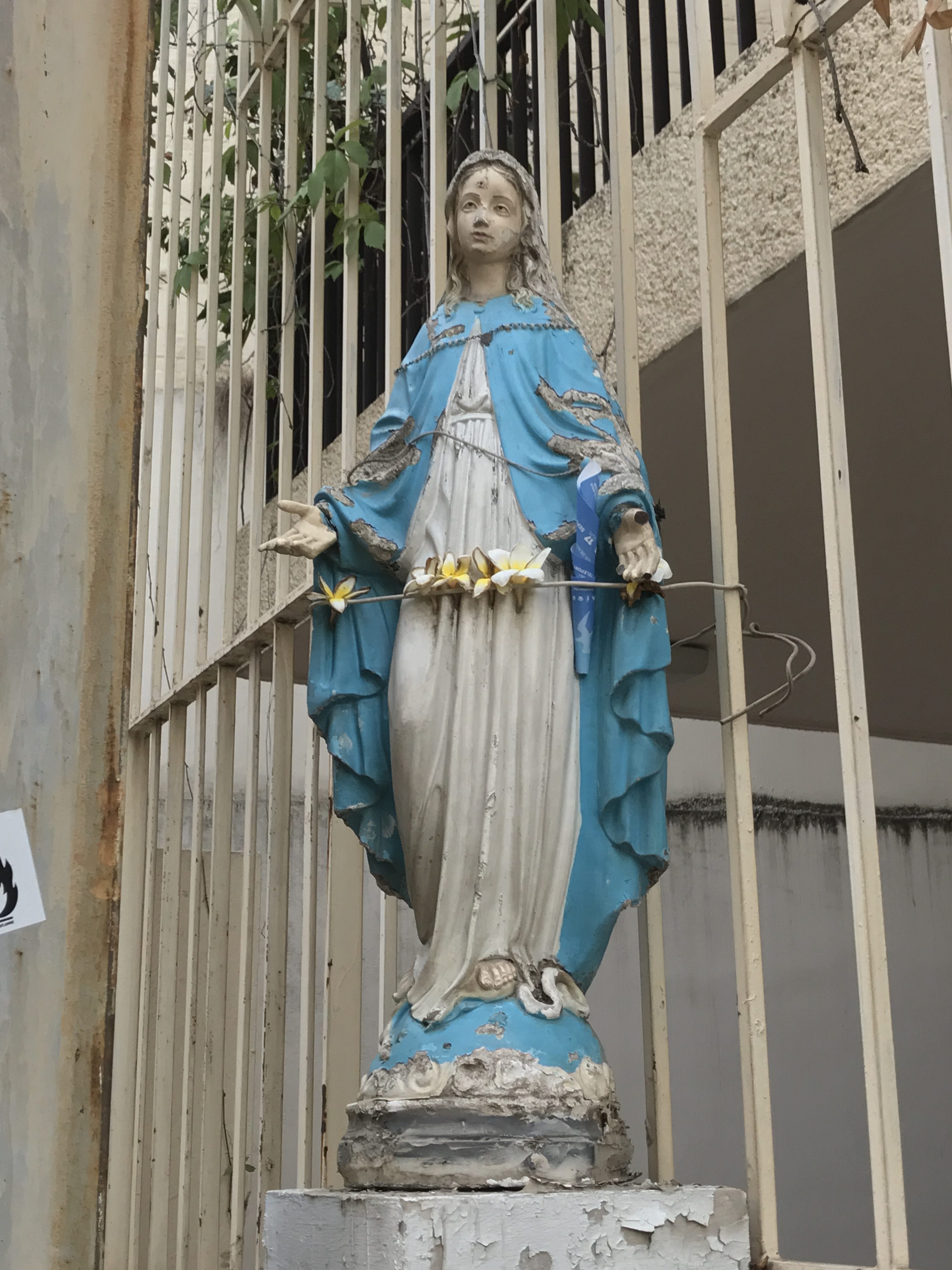 This post, and the accompanying video, are coming late because last night my wifi connection dropped completely. Seems my AirBnB host doesn’t have unlimited wifi (note: check on this for future bookings), so I was sans connection until about 1PM today.

I keep forgetting I am not in a Western Superpower nation, so often my First World Privilege will come through leading to frustrations like the one I had today. Although, they knew I was going to be here for 2 weeks so why they provided limited data is beyond me. But, hey ho, it’s fixed now. Until I use up all the data from this refill….

There won’t be a video from today or a post, really, as I did nothing today. I’m starting to feel this city, or, rather my displacement in it, and it’s crippling me in a very weird way. I find myself not wanting to leave the apartment. Not because I can’t deal with what I see when I walk around. I don’t know what it is, but what I do know is the entire city, especially young people, feel it as well. There is this weird cultural epigenetic existentialism that exists in Beirutis. I think it explains why they try to live life as much as possible and get hedonistic whenever they can. I can only imagine this is the same feeling in other post-war countries/cities where corruption and lack of upward and forward mobilisation exist.

I urge you to look through all the photos in this gallery and read the graffiti. It’s heartbreaking, enlightening, frustrating, and provides a kind of clarity I don’t think I could in these posts.

People here are stuck. They feel stuck and they feel fatalistic about their lives. But they have so much to offer. The burden of being an ancient civilisation struggling to just take one modernising step after another must be incredibly difficult. To go from historical prominence to virtual nothingness is almost impossible to deal with.

And what’s worse is that this region is so piss poor at helping their neighbours that it’s no wonder they’re still in the shits. If only they would cooperate there would be some kind of glory reinstated to this area or at the very LEAST a population that can thrive and, God forbid, be happy.

I never did find the furniture shop (see video), but I didn’t really think I would to be honest. I forced myself to leave the apartment yesterday and went to a Lebanese-Armenian restaurant. I get really bothered with Middle Eastern food that is bougied up and served in some faux classy style and then given a ridiculous price tag. Our food is hearty, delicious and CHEAP.

I also found myself looking at ‘quinoa tabouleh’ on the menu and wanted to set myself on fire. The Hipster Force is strong in Beirut and grows. I blame this on America. I mean the rest of the world blames America for everything, so I’ll just go ahead and climb onto that bandwagon as well.

The best parallel is offal restaurants that charge an arm and a leg for a kidney and a thymus gland. Classicism in food is no joke. If you don’t believe me, look up the history of lobsters which at once point were used as payment to poor folks for their daily work.

I’ve been told I need to explain the foods (Michelle!). So from left to right is:

I often find myself wondering if I’m going to make it through these next two weeks. Something has me so frozen that I’m not even able to approach any of my writing duties. Maybe it’s an adjustment thing, but I don’t think so.

Maybe the wifi running out yesterday was the universe’s way of telling me to get off my duff and get to writing.

Maybe this is just refugee trauma that is never going to go away and that needs managing like an addiction. Being here magnifies it, I think. It reminds me of all the things I came from and all the things I don’t want to be reminded of.