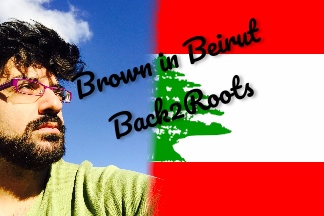 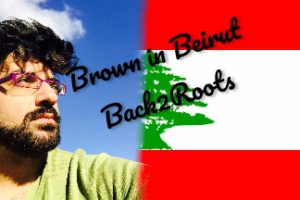 I’m going to do my best to keep up with blogging daily as a partner piece to the videos I’ll be posting, but the wifi here is slow and I might lose patience.

For those who asked, no I did not suddenly come into vast amounts of money and hence all the travelling. I do it as a part of my work or when I get funding from the Arts Council of England as I did for this one through an Artist’s International Development Fund. The focus was to work with Zoukak Theatre in Beirut to see how they create work and how they reach audiences.

It’s also a chance for me to get some work done myself through exploring a city that I have not been to since I was a child. Once and only once – during which we got caught in the final skirmishes of the war and were trapped for about a week before heading back home to Kuwait. 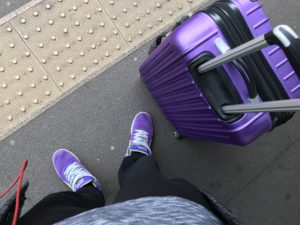 I don’t remember much of the city. But what I do remember is in stark contrast to what I have seen in the last 24 hours.

Getting to Beirut was a Herculean effort in and of itself. I left in plenty of time only to realise when I was 15 mins from the airport (an 86 minute journey) that I didn’t have my wallet.

This was not an easily solvable problem. I called my landlady who lives above me and lo and behold it was sitting on my desk chair. So I got a cab 40 minutes back to my place where she was waiting for me with it in hand to pass off and the cab could turn right back around.

And I made it to the airport with 40 minutes to spare.

And no one was in the terminal.

Or at the desks.

I guess when they decide to stop working even if all passengers are not accounted for then they can do so. A customer service woman told me I was basically shit out of luck because no one was there to take my luggage. Even though I could have made the flight there was nothing they were gonna do for me.

Now – I organise and plan to the nth degree. I do logistics like no one else. I have never been late for or missed a flight in my life. All those moments in films when people panic or lose their shit. I get it now.

I got on the phone and opted to take a British Airways flight that was leaving in 2 hours. I didn’t much enjoy having to spend the money buying a whole damn new ticket. So my side trip to Jerusalem to get a tattoo that is an exact copy of the one my grandmother got when she went on pilgrimage to Jerusalem, by the grandson of the man who inked her, in the same shop, was shot to hell.

In hindsight I suppose that might have been a sign from the universe because I was GRILLED at the airport in Beirut. All my years in the States and my current tenure in the EU, I was never questioned and let right on through. But this border agent was too interested in the fact that I hadn’t been there since I was a kid and that I had no family left and he kept turning through my pages looking for something he clearly was not going to find.

In short, if they find a stamp from Israel you’re never getting into the country or any Arab country. I don’t know if that was what he was looking for but it was on my mind as I thought of the Jerusalem money that went down the drain.

The process of getting to the apartment was another Herculean effort and gave me a very stark realisation. My Arabic and French skills are not what they used to be. Having spent too many years in the West with no one to speak to in those tongues, I have lost the ability to properly communicate. I knew it would be difficult, but I wasn’t expecting it to be this hard. I could understand about 80% of what was being told to me but I couldn’t find the words or autotranslate quick enough. And in a country where the economy isn’t that great, coming off as a foreigner means you get taken advantage of.

My hosts were amazing for waiting for me beyond my original arrival time of 8.30 (I got there at about 11). I was starving and followed them out to the stairs that took us to Mar Mikhael (the apartment sits on the border of that trendy nightclub area with the bougie one of Achrafiyeh). But I was hit with a wall of sound, and people, and cars, and language and I couldn’t continue. I had to go back to the apartment. I waited a bit and tried to look for delivery options but not having a local number screwed that plan. So I did what any Western tourist would…I went to Subway.

I needed to re-orient myself somehow. Because coming back here is and will be harder than I thought and more than I bargained for.

*This was going to be one long post for the first 24 hours, but there’s too much to talk about and I want to try and keep these posts short.