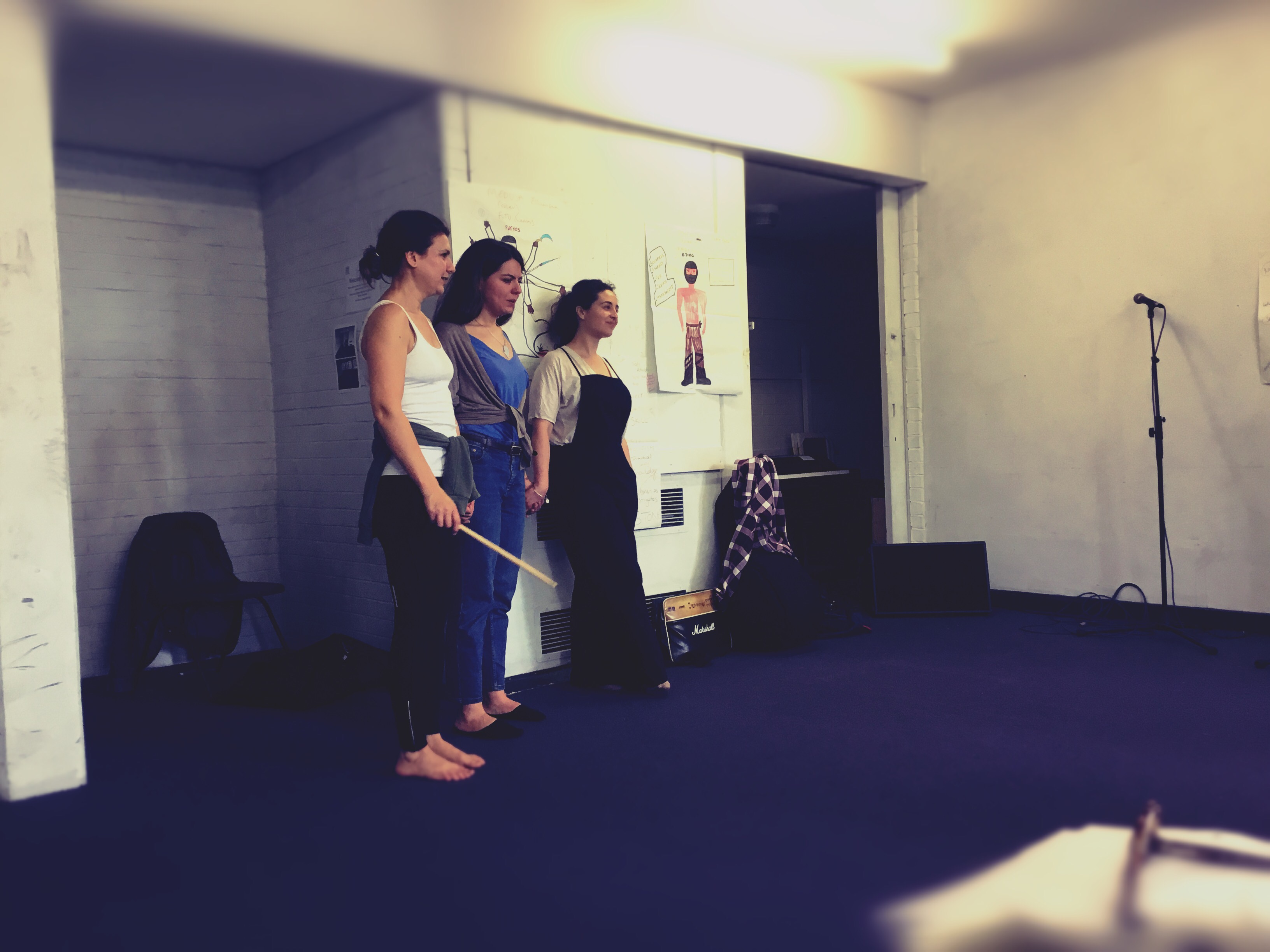 I was surprisingly alert and with it given how little sleep I got last night. But, then again, I’m a notorious night owl who has learned to get by on no sleep. It makes me more docile during the day 🙂

Thankfully, I didn’t have to do much thinking and processing beyond reading through the new scenes and chatting about them and making changes. I was pleased to know that the damned things worked. At least on paper. The piece is a new beast for me, not in terms of story per se, but in form with trying to mix Eastern story telling traditions with Western narratives and a Greek tragedy structure. So the proof of the pudding will be in getting it on its feet and seeing if it really works in action.

That’s where part of the stumbling block was yesterday with trying to nail down the form and when our Fury World, as we call it, interrupts with our Natural World, and what that means. Or when the internal starts to wreak havoc on the external.

Apologies for any redundancy, but I wanted to work in a new way. To see what it would bring out of me or kickstart in me. So far, it’s been really interesting. I can’t say honestly one way or the other whether I like creating work in this way. I probably won’t know for sure until after the sharing.

Today I sat back and watched our three actresses get put through their physical paces by our movement director, Ita. She worked those three like nobody’s business as we tried to find the characters physical languages and then worked on how our Fury World is expressed in movement: A Fury Dabke – of sorts. I struggled to find how the exercise could connect to me or my writing, but Carla, my director, who always gives me aha moments, shared with me the value of what it can do for an actor and thereby for the text they engage with. What it helps brings out of the text which in turn can lead a writer to determine what is too much, what is needed, and what is repetitive. And hearing Ita talk about how it can be freeing makes complete sense to me.

But this way of working is somewhat new to me because we don’t work this way in the States. Never as an actor or as writer did I have to partake in these kids of physical exercises to find character. I mean, once a director had us all walking around the room feeling one another’s energies and at the time I just didn’t get why the hell we were doing it. I just wanted to get on with it and open my mouth, say some things, and mean them. And there are times where I still find it strange, And I don’t know if I could ever find it useful as an actor because I innately explore the physical gesture of the character I am playing along with the vocal choices without having to go through that process. Maybe if I did go through it, I might find more?

But I can see the light bulbs that turn on for some actors when they go through it. I think it does have value, but I also think it’s a personal choice. I don’ know if I am 100% convinced, but what is great about this process is that it is opening my eyes and ears a little more to the why and how so that I can understand regardless of my perspective on it. The R&D wasn’t just about the writing but about learning new active or passive practices for my work or the way I want to create work.

I AM a little terrified that we only have two days left before the sharing, but I’m not scared shitless. If it were a different director I would be more on edge. But I know Carla has a plan and she’s less paranoid precious than I am when it comes to many things in the rehearsal room. She’s the kind of director most writers should be lucky to work with because she knows how to challenge and bring out the best in you.

I have a feeling tomorrow I’ll be dealing with Kareem, our musician/composer, a lot more in this blog as we move into the text and looping technology we’re trying to experiment with.