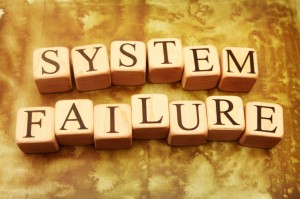 40 states are coping with budget shortfalls totaling $140 billion, which will threaten America’s 14,000 school districts for the next five years, one analyst said Thursday. Courtesy of CNN.com

I feel like we keep reviving these dead horses into heaving and gasping pointless burdens.

It is no surprise that something like this would rile me up – I’m an educator. It’s my bread and butter. I’ve taught college/university classes since I was a grad school in 2002. I love it and I have my days when I abhor it. There are moments I want to set the self-entitled lazy students on fire. There are days they inspire me to never give up.

I came to highly value education once I got to college. The school I went to back in Kuwait and the high school I attended in Florida were damned good schools (though the latter has horribly slipped into a quagmire of student-centeredness). I was just a shitty student – truly. I cared more about hanging out with my friends and running around the theatre like a fool – surprisingly I only skipped school ONCE in my entire high school career.

But my high school teachers were awesome educators who cared and had their shit together. So did my college profs. Until I told all of them I wanted to be a teacher – they laughed or told me to pick another career quickly. I thought they were just joshing me.

I discovered VERY quickly that being an educator is more than just being able to relate information to brick walls in fluorescent hovels. Aside from the general lackadaisical you-owe-me attitudes of students, who see education as a product thanks to the continued corporatization of the university system and the ever present commodity fetishism of a tech-zombie consumer culture, one has to travel the dangerous gauntlet of education politics which includes everything from appeasing parents and administration to making sure your students pass these (ridiculous) state-designed competency tests (which most school board members would flunk). This doesn’t happen as much in college but manifests itself in worse ways. I split my time between live courses and online education – the latter is a soul sucker but a means of making money. Because you are disembodied voice the students tend to think you’re nothing more than a glorified retail clerk (one student took issue with my correcting they way he addressed me: he chose to use my first name, I preferred my title and last time – he refused to “cater to [my] ego”). In both realms I have to deal with this nasty and morally disgusting practice where if a student complains enough then they get their way because tuition dollars are at risk. And with funding continually being cut it won’t be long before the inmates are fully running the asylum. Don’t believe me? Take a gander”

1) I have had several students who plagiarized essays, in some case the ENTIRE thing, and even with proof in my hand I was asked to change the grade, allow a revision, or had their final course grades changed behind my back.

2) One particular trog of a department head agreed with a student who berated me for not simply giving him the answers to all his questions even though all the information he needed was in the syllabus. As he said, “I don’t pay you to tell me to where to find the info, I pay you to just tell me everything I need.” Note: You don’t pay me you bottomfeeder.

3) “Do your best to help students through all their difficult situations.” Maybe that works in high school (although even when I taught high school for a VERY short stint, I treated those kids like adults accountable for everything. If you pander to them, they smell the blood and run with it.) but in a college that should have NO place. I am not your therapist or your parent – I can empathize and sympathize but at the end of the day you need to do the work and earn your degree.

I could go on and on – but those pro-student attitudes were filtered up from high schools where parents started running the show. Under-performing students just get processed through because we don’t want to “discourage” people. Look, if you’re a lazy bastard with zero brain capability then you don’t need to be in school. The only thing you need to learn is that when the bell goes “Ding!” you shake out and season the fries – harsh, but true. We need to get rid of this babying attitude towards education. It’s a privilege that should be earned and not shoved down throats.

But what is filtering down from colleges thanks to all these budget cuts is the corporatization of high schools (Kathy Black is the first sign of this apocalypse – mark my words). In Brooklyn, a technical high school is being shut down due to poor performances and transformed into a 6-year A.A. degree terminating technical school run by IBM. All the students and teachers get the boot. Now while a part of me agrees with this, because frankly your first two years of college are a rehash of four years of high school, a part of me sees this as somewhat dangerous. Or maybe I am being a luddite and need to step into the light of modern education as being something more transformative and useful. I fear that may result in the complete death of the liberal arts and arts programs, which have become increasingly seen as “not useful.” There are things to be learned backstage in the roiling world of pubescent theatres that one cannot learn ANYWHERE else.  Believe me…

But aside from pedagogical concerns and preferred methodologies WHY is there no money for schools? HOW is it possible that we keep raising taxes, keep beautifying pointless public structures (i.e., MTA train stations – I need something pretty to look at and be in while I am waiting for a train?), and keep wasting money on way-too-high salaries of idiots in positions of power? I will freely admit that I don’t get all the ins and outs of education economics, but it seems to me, that if we can freely partition money to making prisoners have better lives with their TV, education programs, therapists, life coaching and job interview training then why not move that money to students? Or better yet, tell your children to commit crimes because they’ll be able to get a proper education from the slammer. (And WHY are we concerned about the conditions of living of prisoners?)

I will freely admit and agree that the education system in the U.S. sucks – and I am a product of one of the worst ones (Florida). Everyone is trapped in this teaching-to-test mentality with teacher-from-the-box classes. We complain that other “backwards” countries keep surpassing us – well – DUH! They VALUE education – not to say they don’t have their fair share of problems. But the expectations are high and there is personal accountability.

And at the end of day, despite all my frustrations, I know that I look forward to getting into a classroom, making my students laugh and enjoy learning, and having them leave my class as better people and students than when they came in. At the end of the day, as underpaid as I am, I like doing what I do. I just wish I was allowed to do it without the ridiculous restrictions and expectations that have nothing to do with education.