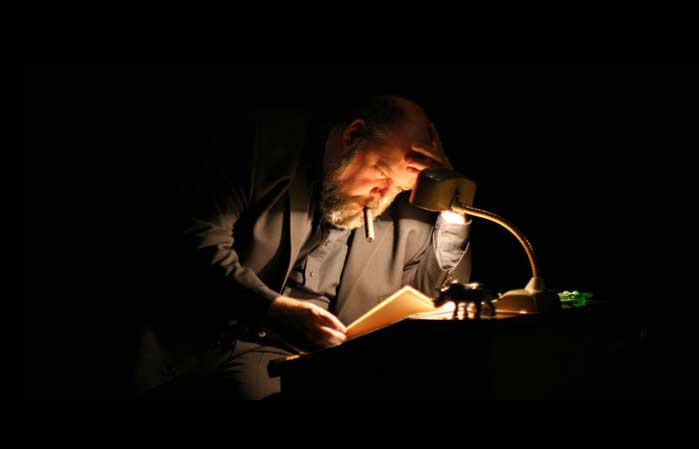 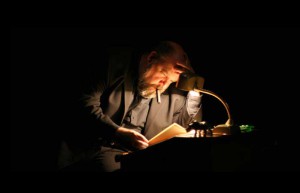 But I also hate them.

I am not a playwright who is of the mind that he can direct his own work. I have no career designs on ever being a director. One hyphen is enough for me.

I tried directing once. I enjoyed it, as much as I like sitting on a toilet in the morning! But it did nothing for me.

I prefer designing worlds and people on the page or becoming them nightly on the stage.

But working with directors has led to some of the most frustrating and rewarding experiences (never simultaneous, sadly). I’ve also come to realise there is a startling difference between the American and British approaches; both can learn much from one another. Especially when it comes to dealing with living playwrights and their texts. I suspect many a moment has passed in a rehearsal room on both sides of the ocean where a director has wished the playwright were dead and out of the director’s ‘creative’ way. Not to mention writers who think directors ‘don’t get it’ and are ruining their lives.

And therein is my issue: That being respectful of the words on the page means a stifling of creativity. A playwright is no more in indentured service to a director than a director is to a writer. I’m not supporting those writers who treat their plays like precious one rings of power; plays live and breathe (or die) by their rewrites. But when a director abandons all sense and does things like orders actors to redact all stage directions and refuses to acknowledge any sense of place and time (let alone context) then I have a problem.

I’m not allowed to ‘stifle’ your creativity but you’re allowed to arbitrarily destroy the world and the characters I’ve created in service to your ‘concept’.

These thoughts, I hasten to add, come about as a result of reading a lot of books about and by directors and seeing more and more plays. It’s hard for directors to get credit. The writers write the words heard nightly. The actors give the performances. The musicians play their instruments. And the director is relegated to the shadows to be quietly appreciated. I don’t blame their anti-textual reactions. And to argue that their vision/concept is always in support of the text is a damned lie. It’s about ego.

But don’t get me wrong. I’ve seen some amazing directors do incredible things. Their stamps are quite clear and familiar. But they don’t set out to do that. That is the creative genius bestowed upon them by the muses. Other directors want to ape or force genius for the sake of recognition and a career. And the writer is usually the one to suffer.

I’ve worked with a director who kept making disastrous decisions because he chose not to read my stage directions. I made it dummy proof. Apparently not. And when he realised this, and did what my little italicised prose sections said, things started working. Duh…

I’ve worked with a director who treated me like a hired hand and tried to make me excise a line on the spot because of a faulty prop. The line was necessary. As was quickly realised when I pointed it out.

I’ve worked with a director who wanted to combat me on the basic social and cultural prompts in a text. He was questioning me as if he had the authenticity that I was born with. I don’t think s/he still fully comprehends how much White Privilege s/he carries around.

I worked with a director who didn’t take any of my notes, changed lines and stage directions without my knowledge, and then tried to hide from me when I saw the show and realised that was not the play I had written.

I’ve worked with a director who made me see things in my play I never saw. And thus a massive rewrite was done which greatly improved it.

I’ve worked with a director who pushed me behind my limits as a performer and as a writer because s/he knew I could do better. S/he asked questions and wanted to know more so s/he could better direct the piece.

I worked with a director who tore me a new hole because I didn’t agree with his/her choices. S/He was right. But s/he also intelligently explained the reason for the choices made.

Writers need directors. And directors need writers. It is a relationship built on trust and equal/mutual respect. It’s a symbiotic arrangement that leads to hugs, arguments, and congratulations. A smart writer creates a play with all the right building blocks. A smart director trusts a writer and transforms those building blocks into better buildings (not newer ones). Both should know how to call one another on their shit. Both have to know when to acquiesce. Both have to know when the other is right. Both have to try a suggestion before saying ‘no’ (unless it is an obvious and egregious faux pas). I treasure directors who make me a better writers, can go toe-to-toe with me and still end the day with a hug or a drink, and, most importantly, treat me like a valuable part of the process and not a hurdle or convenience.

But my God this is the hardest relationship to find: Someone you connect with artistically, socially, and intellectually. Politics may differ, but the creation of the state of the art comes from the same place. When either tries to rabidly protect their territory and their perch then they are doomed to fail. And woe betide the actors in the room who have to watch mummy and daddy go at it like an Albee nightmare.

It’s all trial and error, isn’t it? Knowing when to give. When to forgive.

Good directors (define ‘good’ however you wish) are hard to find. But when you do, DO NOT let go of them. Let it be a life-long relationship.

A New Project / A Semi-New Start