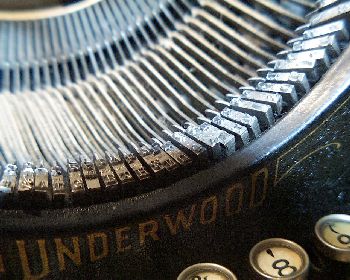 I know I’ve only been in the playwriting game for a hot minute, but having been a writer for a very long time there are some issues that span across most all the writing disciplines. What started this particular rhetorical rant is a blog post by playwright Mat Smart. Admittedly, I have never read any of his play. In fact, I didn’t even know who he was until someone pointed out the blog post. I’ve never heard his name before. But I read his post and reacted with a reaction that was part guffaw and part nausea.

Mat just falls into the broad category of white writers who have all the force of the patriarchy behind them. It’s easy for them to bitch and moan about the deterioration of their field by weaker or less inspired/talented writers, but they do so from a comfortable and uninformed height. His post just smacks of condescension and I wonder if he has even read ANY work from emerging playwrights. I am a little offended, as a writer, an actor, and an audience member, that he has a problem with plays that are not typical narratives. Essentially, he’s just hoping for whitewashed theatre that is antiquated and doesn’t raise the bar or stakes. And I wish I could say he was in the minority here, but the typical fare on the American stage (both on and off Broadway) just supports what he is pining for.

But that is what the economics of theatre supports – there is no support for emerging playwrights. There is no effort to revitalize the form and to keep it going by infusing new ideas and movements. For God’s sake, you have organizations giving $30-$60k to playwrights like John Guare and Tony Kushner in an effort to support playwrights and keep the American theatre going. Um…they don’t need the money. Playwrights of their caliber don’t need the support to keep them going. Their coffers are more than comfortably full and they will continue getting produced long after they are dead thereby keeping their estates stocked for all time. WHERE is the support for emerging playwrights? Most of the fellowships, competitions, and what not that I have seen always end up going to playwrights who don’t really need the help because they have already rounded the emerging corner. I am sure the pool is difficult to wade through because every day someone else thinks they are are a playwright and want to write, and how do you ferret out the promising ones from the hacks. And really, being a hack doesn’t mean you won’t get far: look at some plays being produced and books being published – talent is not a pre-requisite it would seem.

And maybe it’s all a part of a very narrow view and perspective of those who control the gateways. I’m a playwright of color who chooses to write about issues of color, occasionally couching them in a white world/perspective. But people still have no clue what to do with that – the get confused if they can’t envision a star in a production or the play doesn’t fulfill some NatGeo need that will create or assuage white guilt. There is very little forward momentum to expand and truly reflect the modern world in the American theatre. True, there are some small organizations who have sprung up precisely to support artists of color, but unless they get major support and exposure what will be the point? It’s all fine and dandy to be producing work in some dive in the lower east side, but that doesn’t push the movement or the call to action. It’s all about precedence and all it takes is one damn good work to push the envelope and make people go: Oh! Yeah – totally – this makes sense and should be done more often.

Or maybe David Ives was right… 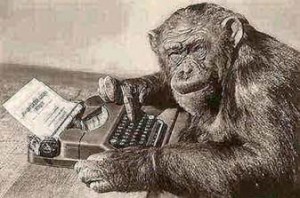