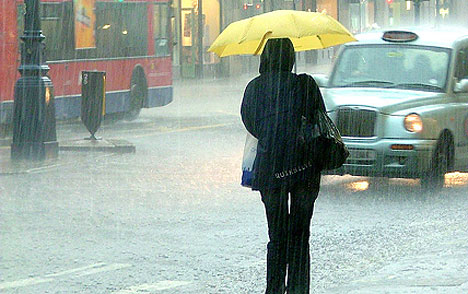 Yesterday was perhaps one of the most frustrating days of my life. Finding my way around London, in the rain, with an umbrella that might as well have been made of puppy ears and unicorn dreams, was something out of a Dantean summer vacation.

What started out as a simple quest for loose tea turned into a Herculean and Sisyphean battle with my iPhone’s lack of proper data service (cell service in this country is WHACK – there is actual signal difference between indoors and outdoors). I couldn’t figure out where I was in relation to anything else because the GPS was goofy.

Moving to NYC was overwhelming but pretty easy to figure out once you learn that you follow the damn numbers – unless you go downtown in which case it’s anybody’s game. Now picture downtown with all the names and side streets and curves and apply it to the entirety of London..oh, and the street names don’t appear on signs but on walls.

I was ready to murder someone. And it rained. All day. I love the rain. But I was no prepared. My shitty pound umbrella was destroyed. My bag got soaked as did the the loose tea stored inside. My pants were a joke. My shoes became floaters.

I knew this was going to be a change, but Jesus tap dancing Christ this is enough to test anyone.

Part of Your World

Drink Up, Me Mate