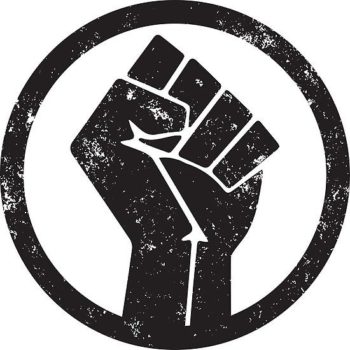 My first week in America I was called a ‘Sand Jockey’, a ‘Camel Rider’, and a ‘Sand Nigger’.

I was 12. I was a freshman in high school. I had only just arrived from a two-week great escape from an invasion and an impending war.

I didn’t understand what those words meant.

Like many immigrants, I grew up obsessed with American and American culture. I consumed pop culture at an alarming rate watching American TV shows and films. I bought all the teen magazines. My walls were festooned with posters of American actors and singers. You could barely see the wall for all the white faces that I woke up and went to bed to every day. I grew up indoctrinated by White American Media and Culture.

With a few notable exceptions that shaped my identity in deeper and more subversive ways.

I had a very healthy obsession with Whitney Houston, Nell Carter, and Eddie Murphy. For me that was Black America. All three had a sense of spirit that I couldn’t quite define and put my finger on, but they spoke to something within me.

To me they were just like anyone else. I recognised the difference in their skin colour to the other men and women blu-tacked to my walls, but I didn’t know there was a deeper difference. There was no concept of racism where I grew up in the Middle East. I went to school with a Pantone-delight of students. And not once was anyone treated differently because of it.

That first week in America was a shocking eye-opener. There was much I did not understand. At all. I suspect if social media had existed then I wouldn’t have been so naive, but the beauty of the American Myth is that it spread itself all over the world front-footing it’s freedom-mongering while cleverly disguising its imperialist and colonialist weapons.

I had swallowed all the Kool-Aid and now felt it like bile coming back up in my throat.

I think I was most excited to be around black people. In my naive youthfulness I had boiled down my audience experience of three black people into the entirety of a race.

I don’t forgive myself for what else happened that year. Something that has embossed itself onto my brain like a brand.

My alienation by the white student body forced me to retreat within myself. I didn’t talk to anyone. I kept my head down. I listened as much as I could to re-educate myself in the real American way. This meant I became highly observant. And what I noticed was that the white students and the black ones did not mix. There were no immigrant Latinos to speak of and I was the only brown face in the entire school.

My history class was a carnival of horrors. This was not the America I had grown to love. Coming to America had been the only positive light during the war escape. It didn’t seem like anyone else in my class shared my shock and surprise.

They were all white.

My maths class had only one black student. She looked like what would stereotypically be called a ‘nerd’. She was also very smart and never bragged about it. She simply knew some answers when many others didn’t.

Including myself because I am TERRIBLE at maths.

But she was always getting picked on by the white students in the class. It was mostly childish name-calling and poking and shoving. Muffled giggles at some comment obviously meant for her. I wish I had known what all of it meant. It’s not that I grew up in some utopia. We had childish bullying at my school in the Middle East. We all took turns being ‘it’. At least we were equitable in our abuses.

One day she stood up for herself and told them to shut up just as the dismissal bell rang. She grabbed her things, bolted up, and walked very quickly outside the room. No one said anything back to her.

But as I stepped outside I saw one of her tormentors push her so hard she fell down. Another tormentor spit on her. They and some others laughed and walked away.

And I didn’t do anything. I knew enough to know that spitting on someone was bad. In my culture you do NOT do that. It’s cultural anathema. Maybe I had grown so used to being a silent witness that I didn’t know that I could do something else. I could have asked her if she was ok. I could have helped her up. I could have said something.

I did none of those things.

I remember all the details of that moment with perfect clarity in 4k definition.

The only reason I know anything about race and racism is because I was adopted into a group of black people who had noticed that I was spending a lot of time watching people; watching them. They boldly came over and called me out on it then asked me my name, marveling at how different it was, then asked me a bunch of questions about where I came from.

It is because of them I was taken to Miss Millie’s house. A very old black woman whose house had been turned into a makeshift museum of black history. Sitting in that living room I learned what gospel music was. I was forced to sing along to songs I did not know or understand. I learned about MLK and Malcolm X and civil rights and slavery and racism.

It’s because of Miss Millie I learned that if you don’t stand up for something you’ll fall for anything.

It was because of that house I joined the Black Culture Club. On my first day walking into the class where the meeting was being held everyone stopped what they were doing and turned to look at me in confusion. I walked in and sat down. They carried on with what they were doing. And no one said boo about my being there.

I didn’t understand then why everyone didn’t know it was a lie. I had seen it for myself. How could they not.

And today – given everything that is going on in the country right now – seeing people still deny America’s racism – I starkly remember that first year and those people who took me in and taught me what no class could. I still don’t understand how the majority of the country don’t see the lie.

I remember the girl with the thick glasses, the kinky hair, the braces, the navy blue pleated skirt, the white button up, the blue vest with the white stripe on the neck and sleeves, the white tennis shoes with the rainbow laces, the thick white socks.

I remember that I didn’t do anything to help her.

Worse – I don’t remember her name.

I have no recollection of any of the letters that made up who she was. It is something that I carry, remember, and refuse to let myself forget or ignore.

What's in a Name.